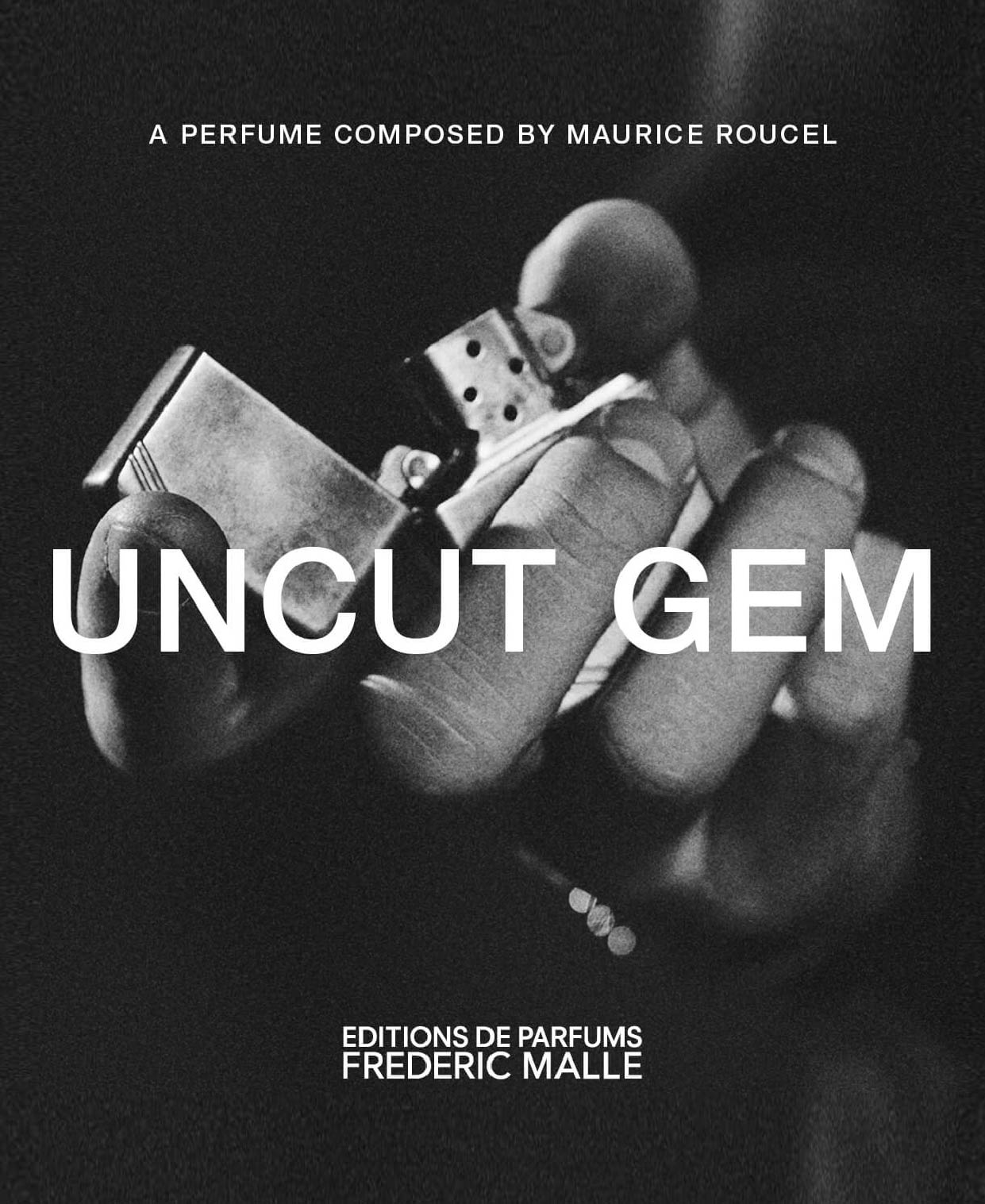 Frédéric Malle has always liked to walk a tightrope. He has always known that, in perfectly safe hands, a hint of ostentation can have more strength and appeal than anything more discreet. Hence his quest for what he describes as “an almost obvious, unequivocal fragrance”: a scent that plays with obsolete codes of masculinity while drawing on their ancestral strength to create something beautiful and irresistible.

Uncut Gem approaches good taste, wraps it up, and casually rides a wild horse. Maurice Roucel is a legend in the perfumery world: one of Malle’s earliest collaborators, a trusted friend, and the creator of many of his most iconic scents, including Musc Ravageur. For years Malle was intrigued by the perfume that Roucel had created in the laboratory for himself, a distinct unique blend. It was just like Maurice: uncompromising, bold, technically brilliant, and full of charm.

“At first glance he seems rough,” says Malle, “but it’s a conscious choice! He is a force: incredibly intellectually refined and full of humor and love for people. I’m not the only one who thought he wore good perfume, but I’m the only one he would work with to transform his perfume from a mere sketch to something great. And I am honored because it is so autobiographical and personal.”

After five years of persuasion, Roucel agreed to work with Malle to create the fragrance that would become Uncut Gem. An ode to a different man, more aware of his uniqueness. The Editions de Parfum Frédéric Malle publishing house has always been synonymous with elegance. While leaving total creative freedom to his collaborators, Malle has always been able, as artistic director, to maintain a certain general sensibility, historically very refined but with acute attention to innovation, reinvention and interpretation. “There was something not only strong, technically speaking, especially that crazy overdose of ambrocenides, but also completely irresistible,” says Malle.

“With a lot of natural, fresh and together musky notes, it was not only magnetic, but also extremely chic.”

The obvious spicy top notes of ginger, bergamot, mandarin, angelica root and nutmeg lead to the fragrance’s warm heart: a leather, vetiver, frankincense accord that mixes with generous amounts of amber and musk to create an accord that vibrates on contact with the skin.

A vigorous corollary, in a sense, to the classic Musc Ravageur. The result is both direct and enigmatic: the sensuality of the fragrance gives way to a lingering delicacy. An enhancement of the scent of the skin by accentuating its depth and warmth.

Uncut gem is a study in contrasts, just like its creator nose: it is robust and sensitive, classic and modern, direct and enigmatic, characterized by a bewitching echo.