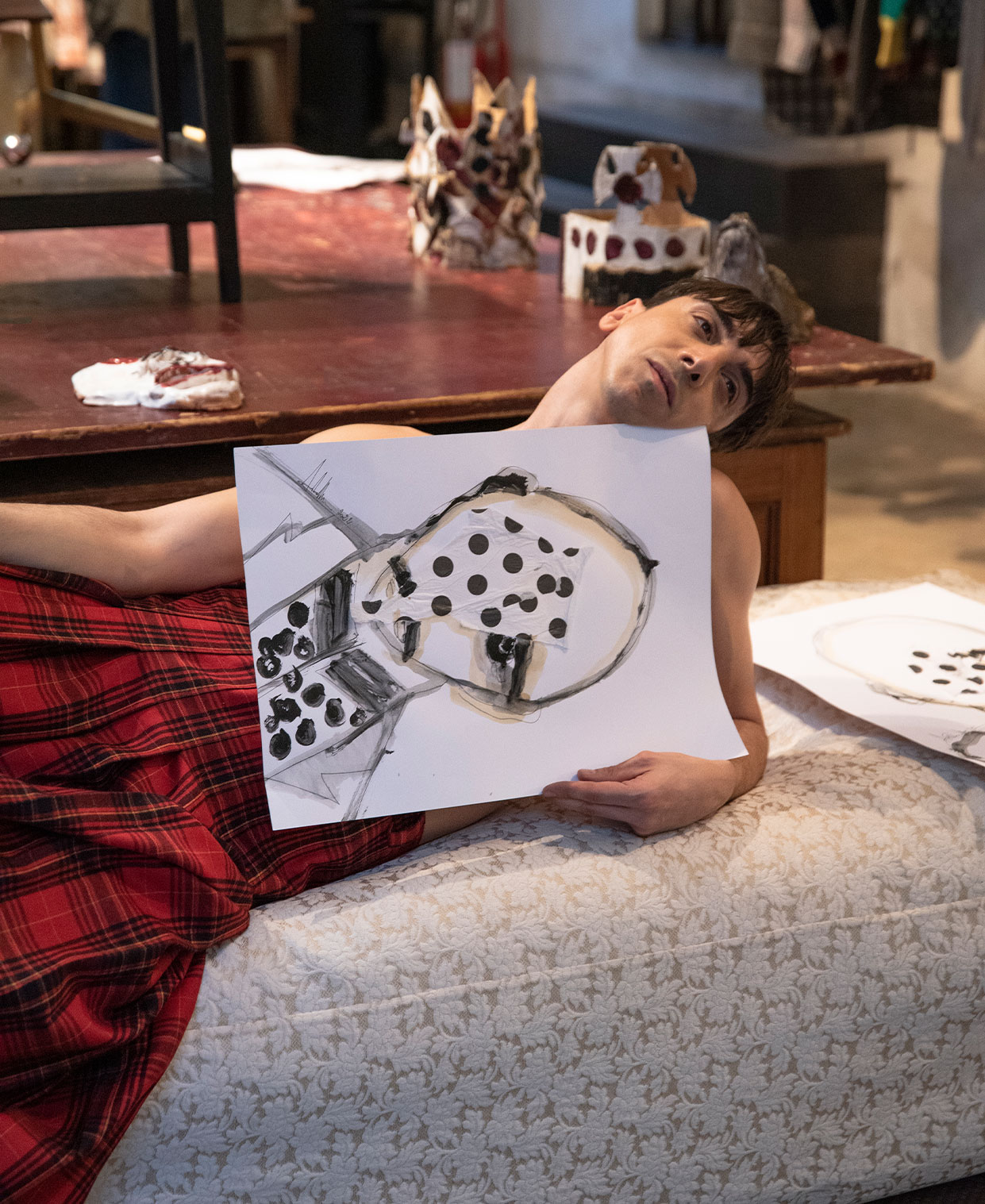 The ANTONIO MARRAS F/W 22.23 collection walked the runway in Moscow on February 16, 2022.
A decision that seals a long and fruitful collaboration with the Russian partner Bosco dei Ciliegi.
Antonio Marras brings the collection dedicated to OCI CIORNIE to Moscow.
Not only a cult film that tells the story of a love affair between an Italian man and a Russian woman,
not only a proof of great understanding between the brilliant direction of Nikita Michalkov and the mastery of actors of the caliber of Marcello Mastroianni and Silvana Mangano but above all a declaration of affection, understanding and trust between the two countries. Bosco dei Ciliegi was the first in 2005 to open
the Antonio Marras single-brand store at Pestrovsky Passage, building and nurturing a true fan club of the brand throughout the territory. Antonio Marras reciprocates by presenting a fashion show, a collection in the place
of those who, since the beginning, have always believed in the brand, even in delicate moments
like this last stormy period.

Moscow, the ideal set for the new collection, not only a fashion show but a show with performers and dancers and models, as Antonio Marras has accustomed us by now. We see interchangeable looks for men and women. Unique pieces revisited as sweaters and kilts and impeccably tailored jackets and suits. Men’s jackets in tweed and Prince de Galles take on a new life, living a fresher, newer one, assembled together and enriched
by embroidery and fabric inlays. Unique coats recovered and reassembled with inserts and joints of discarded materials.
Disassembled and embroidered Ireland-effect sweaters. Geometric jacquard sweaters with a mix of yarns
and gauzed mohair. Patchwork effects to decorate rigorous jackets. Super-colorful sweaters with fabric interventions. Bomber jackets and capes in various fabrics mixed and matched for assonance or contrast.
Cream, ecru, milk white, powder and mauve. Pearl gray and anthracite gray, camel and classic black and white.
Sometimes bright knits of acid yellow, fuchsia and turquoise. Masculine fabrics and silks with large flowers
and light blue garlands set in frames. Sequins and lace appliqué. Herringbone and jersey knit fabrics.
Tartan and camouflage. Silver scales and white cloth. Damask and masculine pinstripes and fur-effect velvets.
The lines are loose and rigorous or ruffled and intricate.
Interrupted white shirts, disheveled aprons, ruffled suits, tuxedo jackets divided because chaos has its own inner order and as the title of a book says: “The Russians are crazy “but the Sardinians are no less…”.

For Milan, on February 23, Antonio Marras has thought of a performance: Breakfast at Marras. For Antonio Marras a real “poetic project” starting from a film symbol of contamination: Oci Ciornie