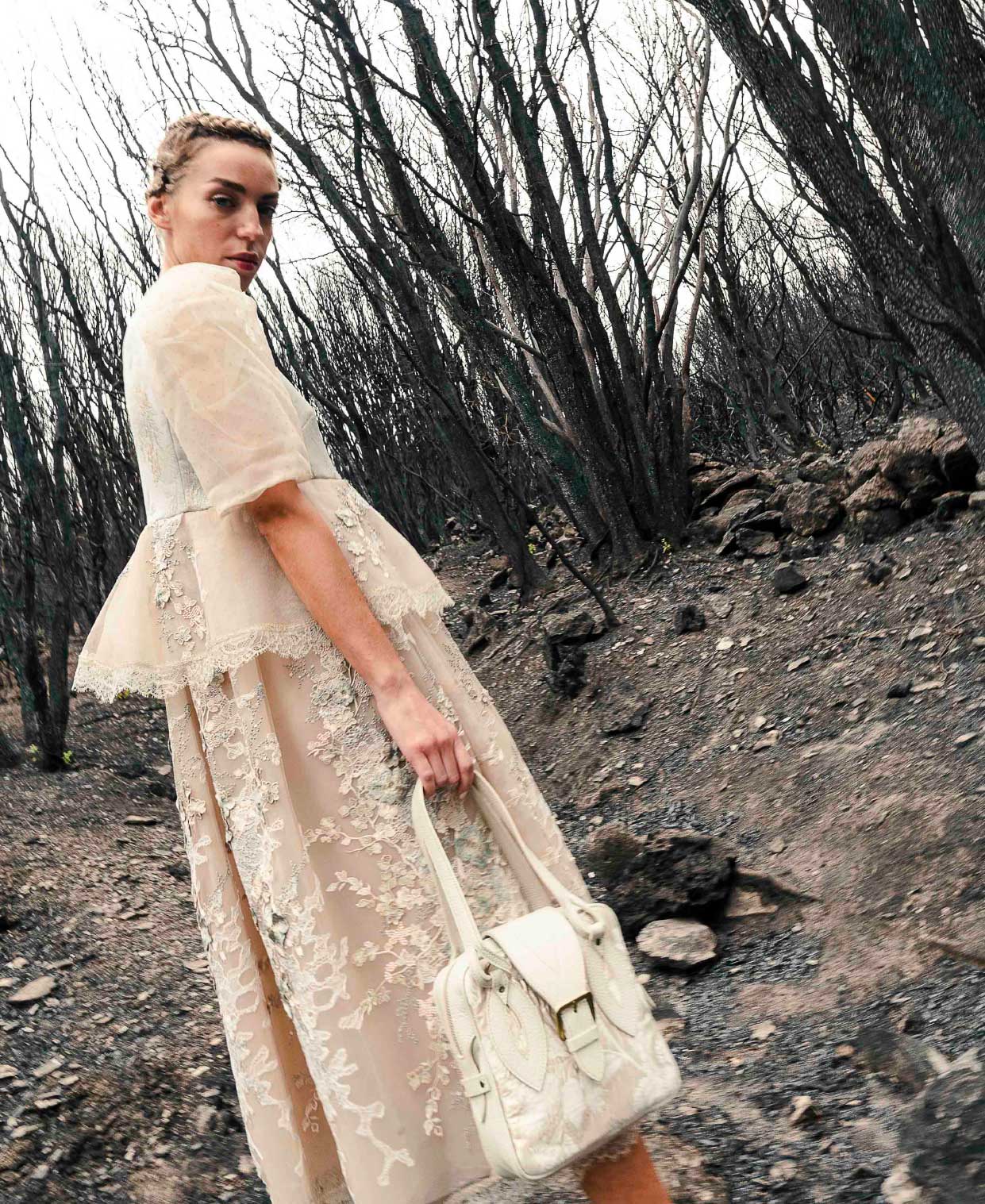 Alghero designer Antonio Marras, struck by the fires that ravaged Sardinia last summer,
reflects on the symbolism of fire and the hope for rebirth in his spring-summer 2022 collection.

The fires that ravaged Sardinia’s west coast last summer have left a deep wound on the land, the flora,
the fauna and the island’s inhabitants. Including Antonio Marras, who based his collection
for spring-summer 2022 on the mythical, destructive and at the same time generative symbolism of fire,
and the video with which he presented it during Milan Fashion Week. The landscape blackened
by the relentless passage of flames thus becomes the canvas on which to paint an imagery of hope
and rebirth that becomes, who knows, a metaphor for a broader message, not just limited to Sardinia. Dressed in tulle, embroidery, inlays and flowers, Antonio Marras’s is a humanity that resists,
survives and is indeed reborn.