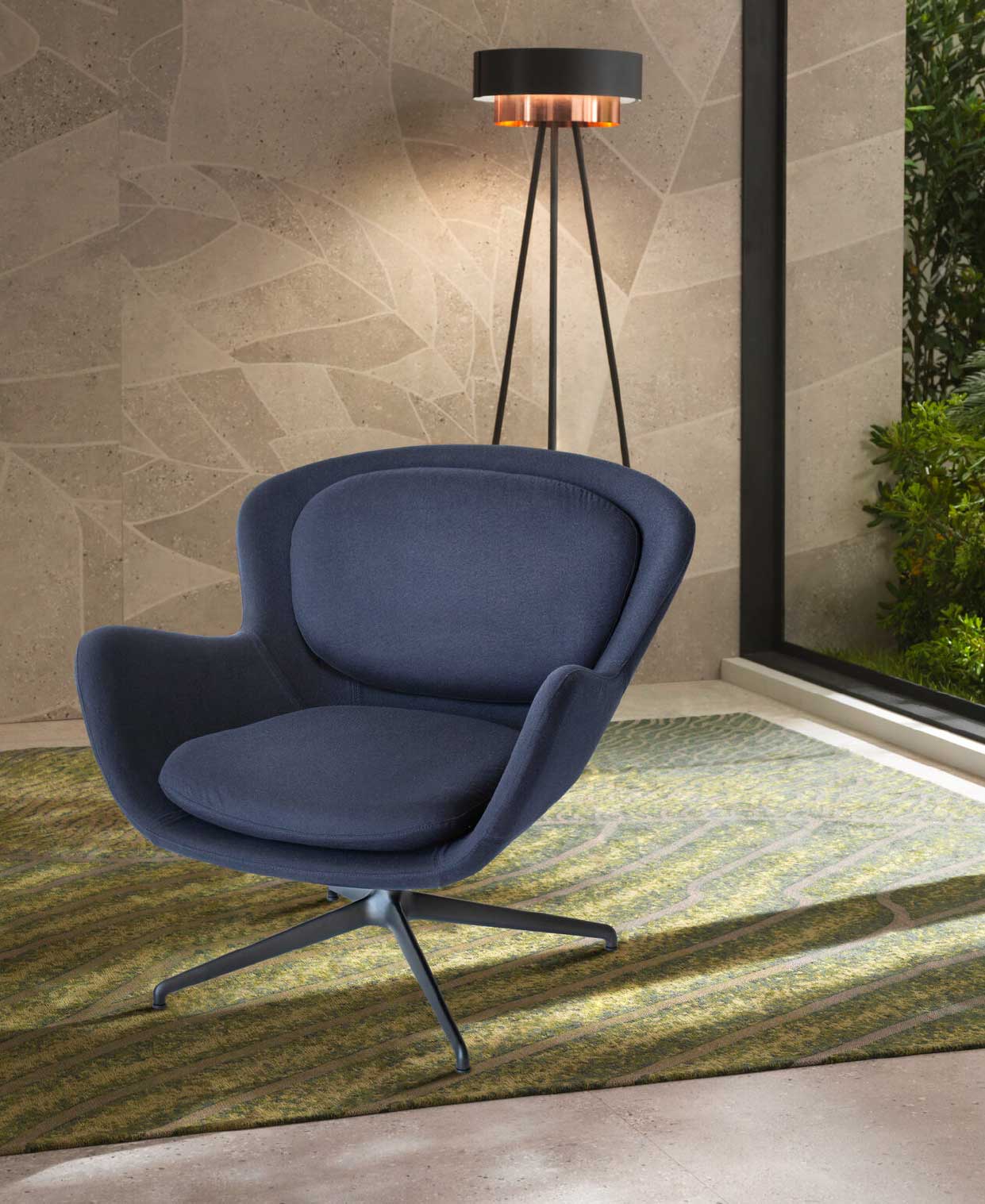 Falconeri continues its adventure in the world of design with a new collaboration with Riflessi,
a historic brand that has its roots in the tradition of Italian furniture, reworked according to a contemporary and sophisticated taste.

Two Made in Italy excellences that stand out for their craftsmanship, innovative production methods,
and attention to detail, joined together for a brand new project that they will present during the next Design Week from 5 to 10 September.

With a dedicated showcase, Falconeri presents its collaboration with Riflessi, Intrecci di cashmere e luce:
a selection of furnishings upholstered in precious cashmere where Riflessi design meets the very high quality of Falconeri yarns. The armchairs from the Meghan series, designed by CarlesiTonelli studio and Sofia Comfort, have been selected for this preview. They become sought-after unique pieces, symbols of the values shared by both companies, above all the particular importance attributed to made in Italy know-how, conceived as a virtuous union between innovation and tailoring.

To celebrate this new collaboration, Falconeri and Riflessi have organised a special event within the Design Week calendar. A cocktail party will be held on Monday 6 September at the Falconeri flagship store in Via Montenapoleone.

For the entire week dedicated to design and then for the whole month of September, Falconeri’s windows will host the new Riflessi creations, creating contemporary tableaux in which Meghan and Sofia Comfort,
the Superior Cashmere chairs signed by the two Italian excellences, will be the protagonists.