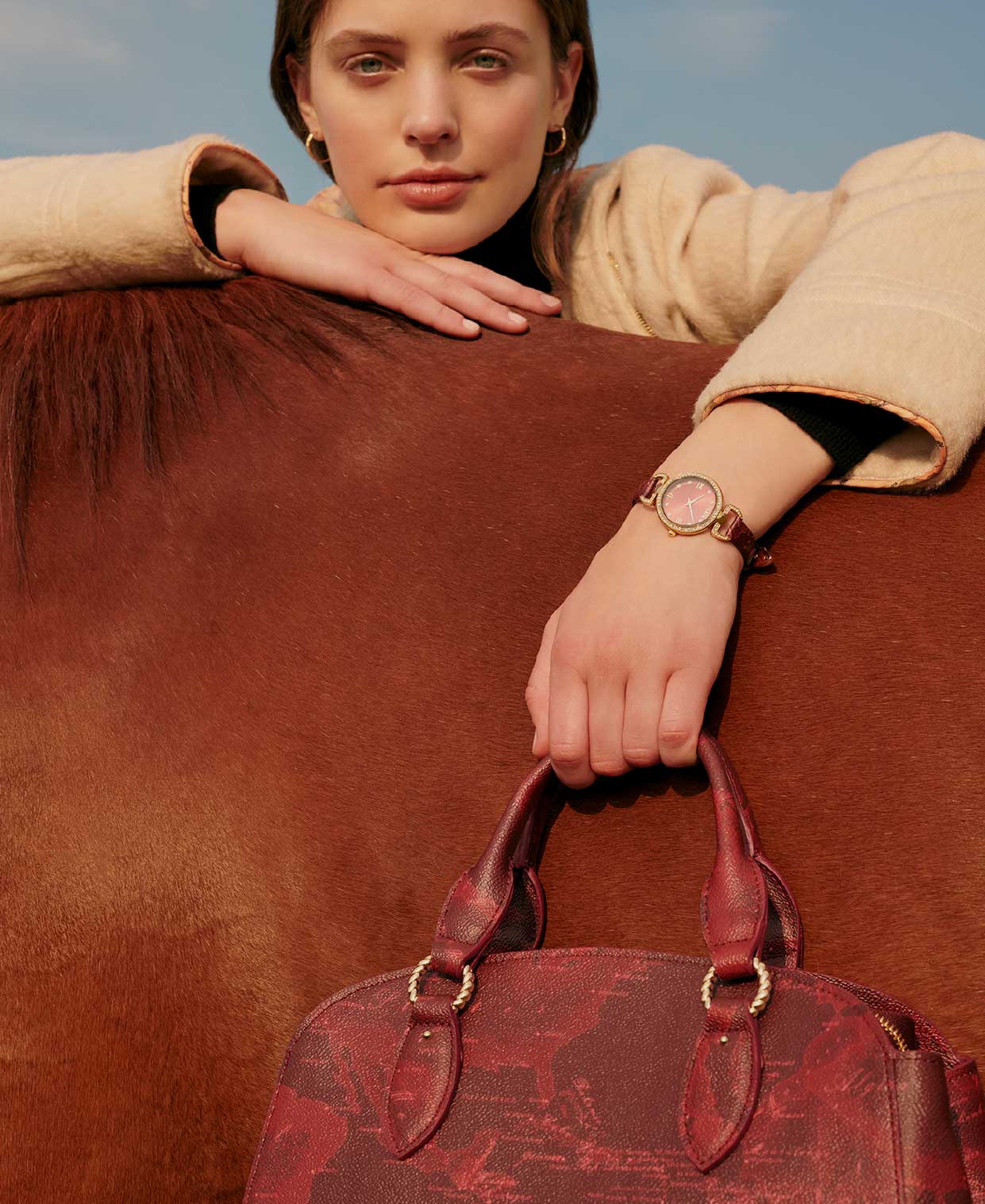 Alviero Martini 1A Classe represents a refined yet free lifestyle for modern travellers who seek beauty
and elegance, appreciate creative design and rely on the excellence of Italian craftsmanship.

Interpreting with style the world of urban travel, which has made the Brand unmistakable, is the same principle with which today 1ªClasse elegantly expresses and translates the passage of time, with a new
and exclusive collection of watches.

The women’s Alviero Martini 1A Classe Watches are precious and iconic timepieces that embrace every adventure with the right amount of lightness and elegance, giving a value to one’s time.

After the great success of the first collection, the Brand launches new models for the autumn/winter season. The watch proposal follows the inspiration of leather goods, recalling the nuances of the famous film Grand Budapest Hotel by Wes Anderson, set in the late 1930s in an invented Eastern European country. The colour palette thus has a retro appeal but the tones are more modern, saturated and bright.
The absolute novelty of the season is the Geo Rouge shade, inspired by the purple colours of theatres
and cinemas of the last century. Red becomes intense and is accompanied by burgundy and plum, shades
of pink are the protagonists in the steel models as well as in the dials, petrol green is outlined on leather straps.

Alviero Martini 1A Classe’s geo map is the fil rouge that unites the entire collection, declined with different creativity on each model, it becomes the unmistakable design detail traced on leather, or a hatch hidden inside the straps or a diamond pattern that embellishes the dials.

1A Classe watches follow the route of the casual chic Alviero Martini 1ªClasse style, through careful workmanship, precious materials and cult details on the strap and dial.
Watches with very rigorous symmetries, designed to deliberately match the collection’s bags,
as well as ready to be worn at any time of day.